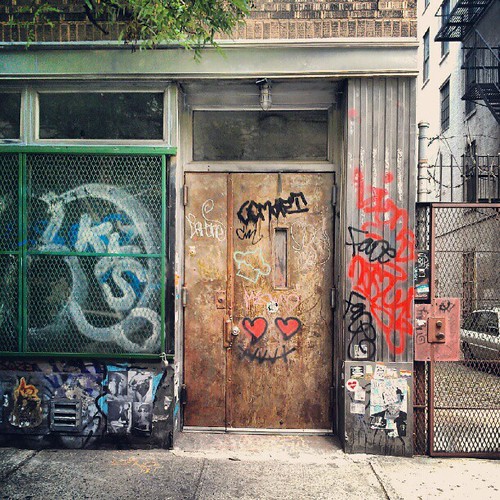 I love Flickr. It’s been around forever, it has (mostly) survived the influence of being acquired by Yahoo, and it’s where I want to store my photos. Luckily, IFTTT makes it a simple process to transfer Instagram photos to Flickr.

Honestly, I’m a bit wary of storing photos at Instagram – they’re a young and small company, they’ve been acquired by Facebook (barf), and it can be difficult to link to them or use them on other webpages. Instagram has famously never had much of a web presence, and even though they recently added more capable photo pages, there is still no way to browse photos or even link to your own profile. Automatically copying your photos over to Flickr solves this.

For this method, I’ll be using IFTTT (“If This, Then That”), which is an innovative way to connect sites to each other. If you don’t have an IFTTT account, you’ll need to sign up, and you’ll be authenticating both the Instagram and Flickr channels. Once both those channels are activated, you’ll add a “recipe”, which tells IFTTT what actions to take. In this case, it will be a recipe that says “When I post a new Instagram photo, upload it to Flickr, tag it with these tags, and in the description, put a link to the original Instagram page.” That recipe can be seen here: Post Instagram to Flickr, but you can also customize recipes, and all the sites that IFTTT supports can be combined in lots of different ways! For a taste of what’s possible, here are recipes that involve Instagram, such as automatically posting new Instagrams to Tumblr, Twitter, Facebook, or Dropbox!

It’s a process that works really well without any delay or hiccups, but the one downside is that Instagram doesn’t make the full resolution of their photos available to third-parties – any photos uploaded through IFTTT or posted directly to Flickr via the Instagram app will only be the 612×612 versions. In order to preserve the full resolution, I copy the photos from my phone over to Dropbox. When the Instagram app processes a photo, it saves it to an “Instagram” folder (on Android, at least), which contains the 1024×1024 photo, and those can easily be uploaded via the Dropbox app.

Hope that helps you preserve your photos! Find me on the A Great Big City Instagram page or on Flickr.

Host a Static Site on Netlify in 0 Minutes 10 years of A Great Big City This Is Your Captain Speaking: Welcome to Letter Airplane! This is why your LED Christmas lights flicker Black Friday Hype Squad
© 1999-2020 gun8.com